Do Common but Differentiated Responsibilities Belong in the Post-2015 SDGs? 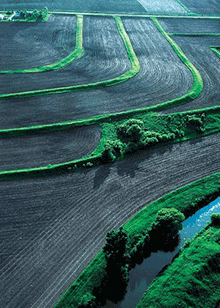 At the ninth session of the Open Working Group (OWG), a debate emerged, largely between developed and developing countries, on the application of Common but Differentiated Responsibilities (CBDR) to the SDGs. Developing countries posited that CBDR should apply to the post-2015 development agenda. Meanwhile, developed countries responded that the concept is rooted in environmental frameworks and is not applicable to the SDGs. Which side will win the debate depends not on who is ‘right’ in a legal sense but rather on which side can gather consensus on this issue. Even so, it is worth exploring the history and context of CBDR to gain an understanding of both sides of this contentious issue.

A Short History of CBDR

The concept of CBDR is not new to the international community and was originally codified as an international environmental legal principle. Under CBDR, “all states are responsible for addressing global environmental degradation yet not equally responsible.” This concept accounts for the need for all states to take collective responsibility for the environment, while allowing countries of varying levels of development to contribute according to their capacity. The general idea of states being collectively responsible for environmental problems though to different extents dates back to the first UN Conference on the Human Environment in 1972 and the resulting Stockholm Declaration, which described CBDR as “the applicability of standards which are valid for the most advanced countries but which may be inappropriate and of unwarranted social cost for the developing countries.”

In 1992, CBDR became enshrined as an international legal concept at the UN Conference on Environment and Development in Rio de Janeiro, also known as the Earth Summit, which covered issues related to climate change, deforestation, desertification, and biodiversity. Principle 7 of the Rio Declaration of 1992 states:

In view of the different contributions to global environmental degradation, States have common but differentiated responsibilities. The developed countries acknowledge the responsibility that they bear in the international pursuit of sustainable development in view of the pressures their societies place on the global environment and of the technologies and financial resources they command.

However, as was clearly demonstrated during OWG 9, developed countries are not in full agreement with the broader interpretation of CBDR that allows for its application to general sustainable development. At the same 1992 Earth Summit at which CBDR was codified, the United States issued a written statement reading: "The United States understands and accepts that Principle 7 [of the Rio Declaration] highlights the special leadership role of the developed countries, based on our industrial development, our experience with environmental protection policies and actions, and our wealth and technical expertise capabilities. The United States does not accept any interpretation of Principle 7 that would imply a recognition or acceptance by the United States of any international obligations or liabilities, or any diminution in the responsibilities of developing countries." This line of thinking has continued to the present among many developed countries, particularly on the rejection of CBDR’s application outside of the realm of environmental issues to sustainable development more broadly.

More recently, the the UN Conference on Sustainable Development, better known as Rio+20, which is seen as the foundation of the development of the SDGs, mentioned CBDR explicitly in its outcome document The World We Want in a somewhat ambiguous context. The document first reaffirms “all the principles of the Rio Declaration on Environment and Development, including, inter alia, the principle of common but differentiated responsibilities, as set out in Principle 7 of the Rio Declaration.” It later states, “We recall that [UN Framework Convention on Climate Change – UNFCCC] provides that Parties should protect the climate system for the benefit of present and future generations of humankind on the basis of equity and in accordance with their common but differentiated responsibilities and respective capabilities.” Though the second reference to CBDR in Rio+20 deals more explicitly with the environment, the first reaffirmation leaves it open to interpretation as to whether CBDR should be more widely applied to sustainable development.

CBDR and the SDGs

This ambiguity has contributed to a divergence in approaches to the SDGs. Developed countries tend to not support the application of CBDR to development, as it would increase their global development contribution liability. Developing countries tend to support the application of CBDR to the SDGs, as it will lessen their burden of contributing to global development. Brazil, as one of the major global emerging powers, has specifically claimed Rio+20 “universalized” CBDR to all the SDGs in their justification of the principle. However, this logic has not swayed the thinking of developed countries. As the international legal framework is somewhat unclear on CBDR’s application to sustainable development broadly speaking and hence to the SDGs, both sides can find grounds to bolster their arguments from past UN agreements.

As the OWG Co-Chairs continue to prepare their report by whittling down and tweaking inputs from member states, it remains to be seen which side will prevail on the issue of CBDR in the SDGs. An examination of CBDR’s history as an international legal principle has shown that there are no easy answers as to its validity in application to sustainable development generally speaking. Time will tell whether CBDR makes an appearance in the SDGs, but in any case member states would be wise to heed the words of OWG Co-Chair H.E. Mr. Macharia Kamau, who, during the proceedings of OWG 9, urged members to consider whether a proposed goal speaks equitably to “north and south, east and west, and rich and poor.”