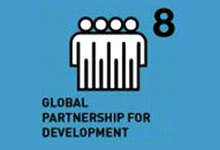 The debate on what should follow the Millennium Development Goals after their 2015 deadline is now underway in earnest. But in some ways, agreeing the post-2015 goals is the easy part. Crucially, governments also need to reach agreement on how those goals will be delivered – a question that touches on both financing and policies in a much wider range of areas, like trade, migration, sustainability, technology, and global governance reform.

While much of that debate will focus on what happens on the ground in individual countries, another key aspect of it will be the need for a new Global Partnership for sustainable development. This raises what is perhaps the key question in the post-2015 debate: what is the political deal that member states need to cut?

Back when the MDGs were agreed in 2000, the political deal was relatively straightforward. Developed countries would rebuild levels of Official Development Assistance, which had declined precipitously during the ‘lost decade’ for development of the late 1980s and early 1990s. Developing countries, for their part, would prioritize spending on the social sectors emphasized in the MDGs, above all health and education.

This time around, while aid and other financial flows will still be crucial, the context has shifted markedly. The global distribution of both poverty and power has changed utterly since 2000. Emerging economies have risen to global prominence; low income countries too are feeling increasingly confident of their capacity to chart their own course. At the same time, new issues such as climate change and the risk of systemic economic shocks have moved to the fore, highlighting the necessity of a new framework that takes into account risks and vulnerabilities the world over.

The political context is more challenging, too. Faced by tough economic conditions at home, rich countries appear unlikely to increase their aid spending dramatically, despite their continuing failure as a group to reach the 0.7% aid target. Least developed countries are concerned that their interests may be lost if new Goals cover a far broader range of objectives than just extreme poverty. Many middle income countries are similarly mistrustful of developed countries’ intentions, but have yet to develop a clear set of ‘asks’ from the post-2015 agenda.

Against this backdrop, a new CIC report, Delivering the Post-2015 Development Agenda: Options for a New Global Partnership, aims to contribute to the emerging debate about what a new Global Partnership might look like, and where progress on a range of potential ‘early harvest’ issues might be made over the next 2 to 3 years. It sets out 10 key areas where progress could potentially be made on the latter, arguing that confidence building measures will be crucial for building trust and momentum on an agenda that will need to overcome real political challenges in order to succeed.