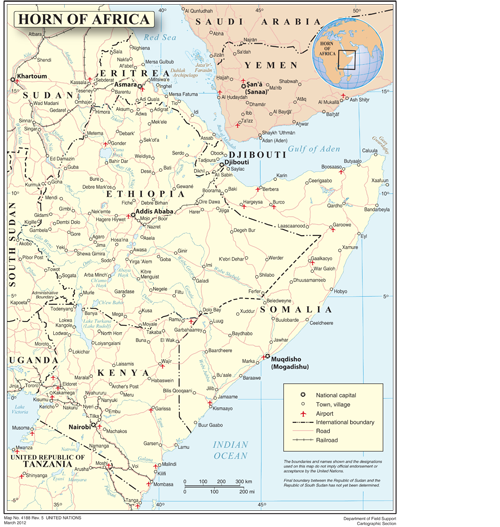 Project Brief | A Window of Opportunity for Somalia: Will External Actors' Peacebuilding Frameworks Help or Hinder the Effort?

CIC has initiated a project to study external actors’ peacebuilding frameworks in Somalia. The purpose is to ascertain whether and how the international community is applying recent international learning on peacebuilding, and is able to forge coherent and effective approaches to helping countries pursue peaceful political settlements.

Under Siege in South Sudan

In South Sudan, tens of thousands of civilians are living on fortified U.N. bases.

Read the full Medium article Under Siege in South Sudan.

The U.N. Strengthens its Presence in CAR

The UN Security Council has approved the deployment of nearly 12,000 peacekeepers to the Central African Republic (CAR). Thousands there have been killed and about a million people (a quater of the population) are in the need of aid.

Listen to the full BBC interview here.  The CAR discussion with Richard Gowan begins at the 34:18 mark.

Why UN cannot admit defeat, pull out of Darfur

The UN is being urged to investigate allegations that it failed to report on war crimes committed by the Sudanese government in Darfur. According to Foreign Policy magazine, UNAMID -- a joint United Nations, African Union mission -- has omitted to send evidence of air raids to the UN Security Council. This is a serious claim because aerial bombardments are banned under a Security Council resolution.

Listen to the full Radio France International interview below:

A Mission That Was Set Up to Fail

How Washington turned its back on a foreign-policy triumph and let Darfur descend back into chaos. Part 3 in Foreign Policy's exclusive investigation of the U.N.'s peacekeeping debacle in Sudan.

Read the full Foreign Policy article A Mission That Was Set Up to Fail.

'Now We Will Kill You'

Part 2 in Foreign Policy's exclusive investigation of the U.N.'s peacekeeping debacle in Darfur.

Read the full Foreign Policy article 'Now We Will Kill You'

Can Estonian soldiers defend their country by fighting in the middle of Africa? Last week, the European Union approved plans to send up to 1,000 troops to the Central African Republic (CAR). Perhaps surprisingly, Estonia was the first EU member to make a firm pledge of ground forces to the mission, which will reinforce existing French and African contingents. Other eastern EU members, including Poland and the Czech Republic, are also reportedly considering participating, while Britain and Germany have hung back.

Having taken a central role in the UN’s efforts to save lives in South Sudan, India should encourage an open debate – domestically and internationally.

In South Sudan, Some Lessons of Rwanda Learned, Others Revisited

Twenty years after Rwanda, is the United Nations any better at preventing mass atrocities?

Why Infrastructure is Key for a Transformative Post-2015 Agenda

While the specifics of the post-2015 development agenda are still being discussed, there is substantial momentum behind a “transformative” and “universal” agenda. But what does that mean?